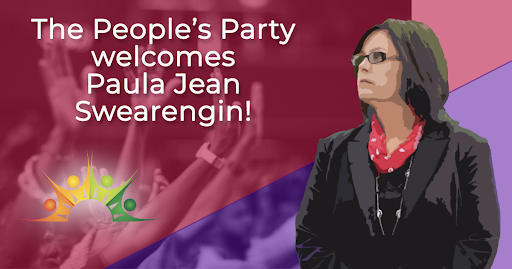 The Netflix documentary Knock Down the House featured Swearengin and her bid against Sen. Joe Manchin in 2018. Swearenging also won her primary in 2020, to went on to challenge Republican Sen. Shelley Moore-Capito in the general election.

In a statement to the public Swearengin describes her decision to leave the Democrat Party and join the People’s Party, “I’m sick and tired of polished politicians and band-aid solutions. Two-party systems are gatekeepers who work for the corporations and they don’t let the rest of us into their so-called big tent,” Swearengin said, “If we don’t work and fight together and build a major new party that works for all of us, we’ll continue to suffer together.”

She went on to say of her runs for office, “The Democrat party didn’t just refuse to support our campaigns, they actively worked against us.”

As one example, Swearengin describes the Democrat Party refusing to support a debate between herself and Republican incumbent Shelley Moore-Capito, “Even though I was the U.S. Senate Democratic Candidate in West Virginia, in 2020 the Party refused to support a debate between myself and Republican Sen. Shelley Moore-Capito. They’d rather ignore a non-corporate candidate that would take them to task than give the voters a real choice.”

In her statement, Swearengin mentions her background as an organizer and the history of labor movement organizing in Appalachia. “I’m an ordinary coal miner’s daughter and granddaughter. I’m a single mother. A grandmother. I know what it’s like to work minimum-wage jobs and organize as a volunteer just trying to fight for a better life. Appalachia has a deep history of organizers that shed blood for labor rights, Swearengin said. “From the battle on Blair Mountain to Bloody Harlan County, Appalachians helped build the roots of the labor movement and the fight continues to this day. We shouldn’t have to spend generations fighting for basic human rights. I carry this legacy with me.”

Swearengin’s duties at the People’s Party will include mentorship and training to Party candidates, infrastructure advising for campaign support as Candidate Engagement director, and building up support as West Virginia State Director. “I look forward to helping vet and mentor candidates that are ordinary people like myself. And help advise on systems that actually build real support for candidates and their teams,” Swearengin said. “We are working to put the power back in the hands of the people. I’m joining a Party that does better than making promises on the campaign trail only to pass bread-crumb legislation when they make it to office.”   Source

Email ThisBlogThis!Share to TwitterShare to FacebookShare to Pinterest
Labels: Movement for a Peoples Party, West Virginia 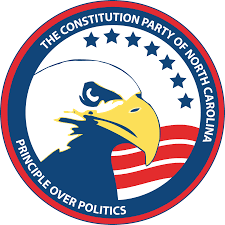 Both the North Carolina Constitution Party and Green Party failed to get enough signatures to remain "official political parties" in the state for now.  This means the 9,600 or so registered party members will now be re-designated as "unaffiliated" while both parties try to get the signatures needed to be on the ballot in the 2022 elections.  The deadline is in June.
at July 25, 2021 1 comment:

APTR Wants YOU To Become A Contributing Writer With Us!

Due to there being many news events, stories, commentary and general gossip on minor parties in America these days; our writing/blogging staff currently cannot keep up and stay on top of every news and blogging item that relates to them and the subject of American minor party politics.
Therefore, American Third Party Report is now looking to expand our staff and list of contributing writers/commentators by appealing to ALL would-be online journalists, bloggers, commentators, and political junkies that are supportive of any or all minor parties, independents, and minor party politics (regardless of what side of the political spectrum (or corner of the Nolan Chart) they fall under), to join our team and help contribute their voices & viewpoints to ATPR.
In principled accordance with the 1st Amendment, ATPR is multi-partisan and allows diverse viewpoints of varying degree, shade, splinter, etc. and therefore has very few rules and regulations of expression here, regardless of controversy or popular opinion. However the only rules we do have for one to be an ATPR writer/commentator are thus:
Besides these rules, an ATPR writer/commentator may do as he or she pleases and posts on this news blog; so if you're looking for any such blog/website to either freely report on minor party/independent news, or use as a personal soapbox or pulpit to preach to any followers and fellow comrades -you may contact me or any of our administrators and request to be added to our team today; we happily stand by to bring you on board.