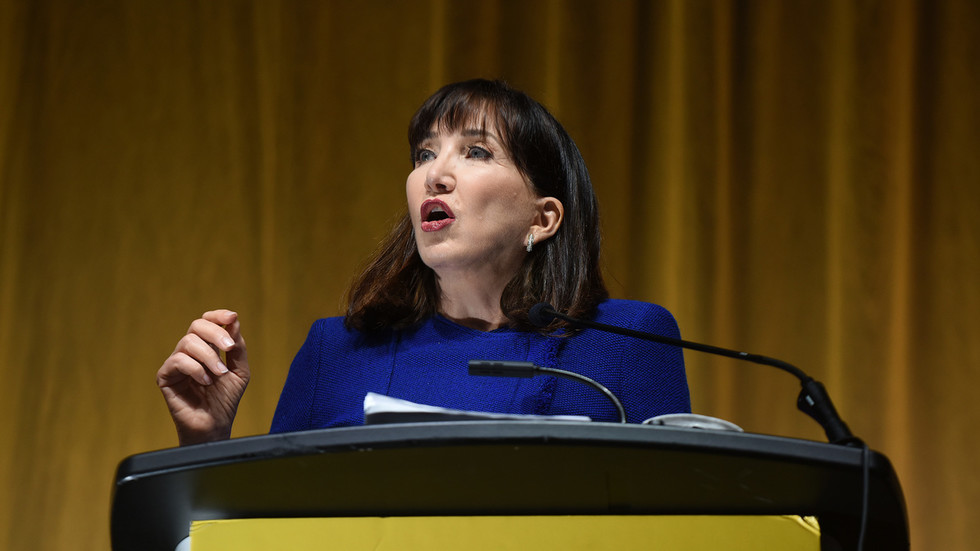 By Chris Sweeney, an author and columnist who has written for    newspapers such as The Times,    Daily Express, The Sun and Daily  Record, along with several              international-selling magazines.      Follow him on Twitter-
@Writes_Sweeney
She may have no chance of getting her hands on the keys to the White House next month, but a growing number of Americans are coming around to her limited government, anti-interventionist, decentralized vision for the US.

Jo Jorgensen feels Donald Trump and Joe Biden are scared to debate her. The Libertarian candidate points to her party’s burgeoning popularity and direct policies as two of the reasons for the two big hitters’ reluctance to let her on the podium.

Speaking to RT on the way to a campaign event in Milwaukee, she said: “They are the ones in power and they will do anything they can to keep from giving it up. They don’t want me on the debate stage and they’re not putting me in the media, as they know that I’ll be the only real choice. Both of those candidates and parties want to spend our money and make our decisions for us, neither one has an answer to our healthcare problem.”..