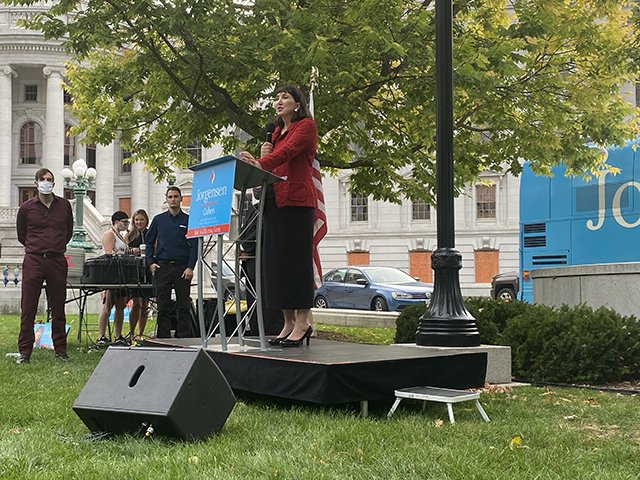 But is laissez-faire capitalism the solution to racial injustice and inequalities?

During a campaign rally outside the Wisconsin state Capitol, Jo Jorgensen sounded like she was speaking at a local Black Lives Matter protest. That is, until Adam Smith’s invisible hand made an appearance.

“We cannot claim to be the land of the free when we lead the world in incarcerations. We have 5 percent of the world's population but house 20 percent of its prisoners,” said Jorgensen at the Sept. 26 rally. “One of the biggest factors that led to a quadrupling of our prison population since 1980 is the racist and destructive war on drugs.”..