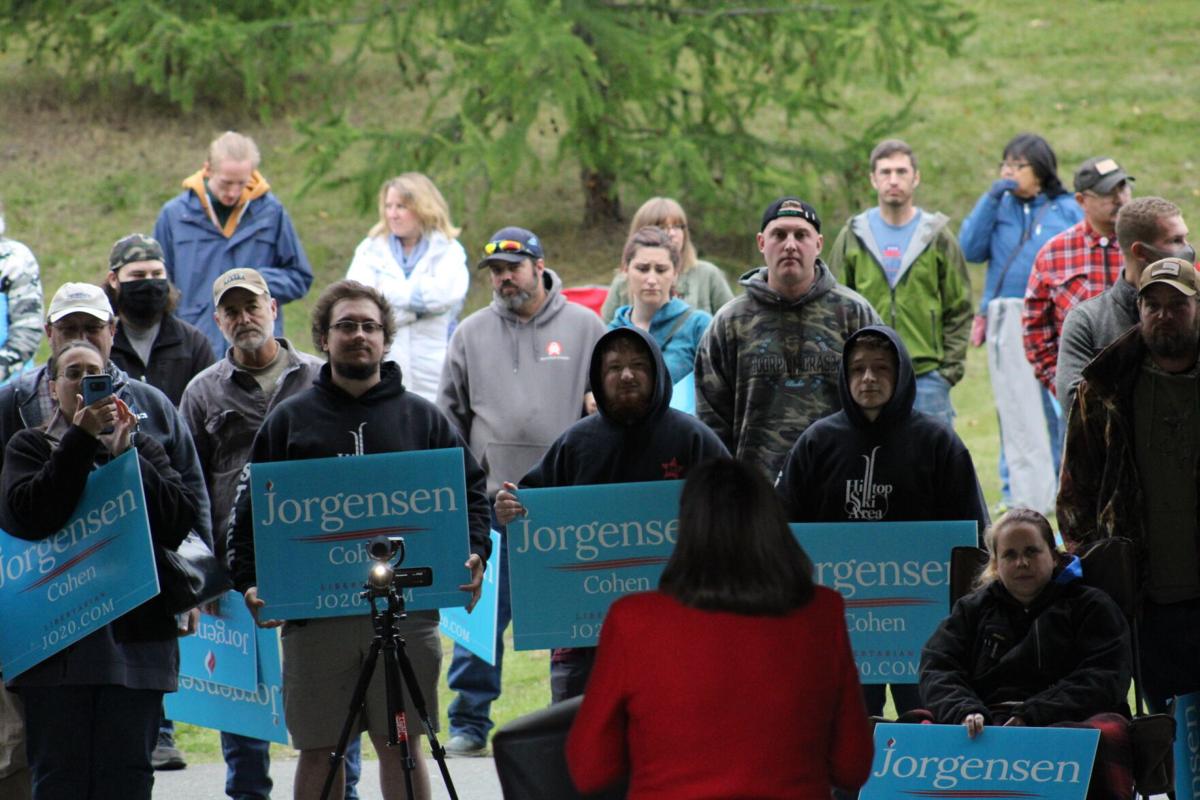 In the first stop of her four-day tour in Alaska, Libertarian nominee for president Dr. Jo Jorgensen was visibly chilly at the Iditapark pavilion before taking the microphone for her speech to over 100 supporters on Sunday night.

Jorgensen gripped the sides of her arms and admitted to purchasing a scarf from a local artist upon arrival as she opened the speech. Picking up steam as she detailed her platform for healthcare and military reform, Jorgensen began to heat up as her applause breaks stretched longer and longer in front of the crowd in Wasilla. As a believer in local control, Jorgensen provided a long list of federal departments she would like to get rid of or alter if elected and argued for local control.

“What we need to do is give healthcare dollars to the veterans directly and let them decide where and when and how to use them,” said Jorgensen. “In every election politicians promise more peace but they only deliver more war. If I’m elected president, my very first official act will be to bring the troops home. I’d like to turn America into one giant Switzerland, armed and neutral we have to be able to defend our shores but we need to stop meddling around the world and make peace.”..