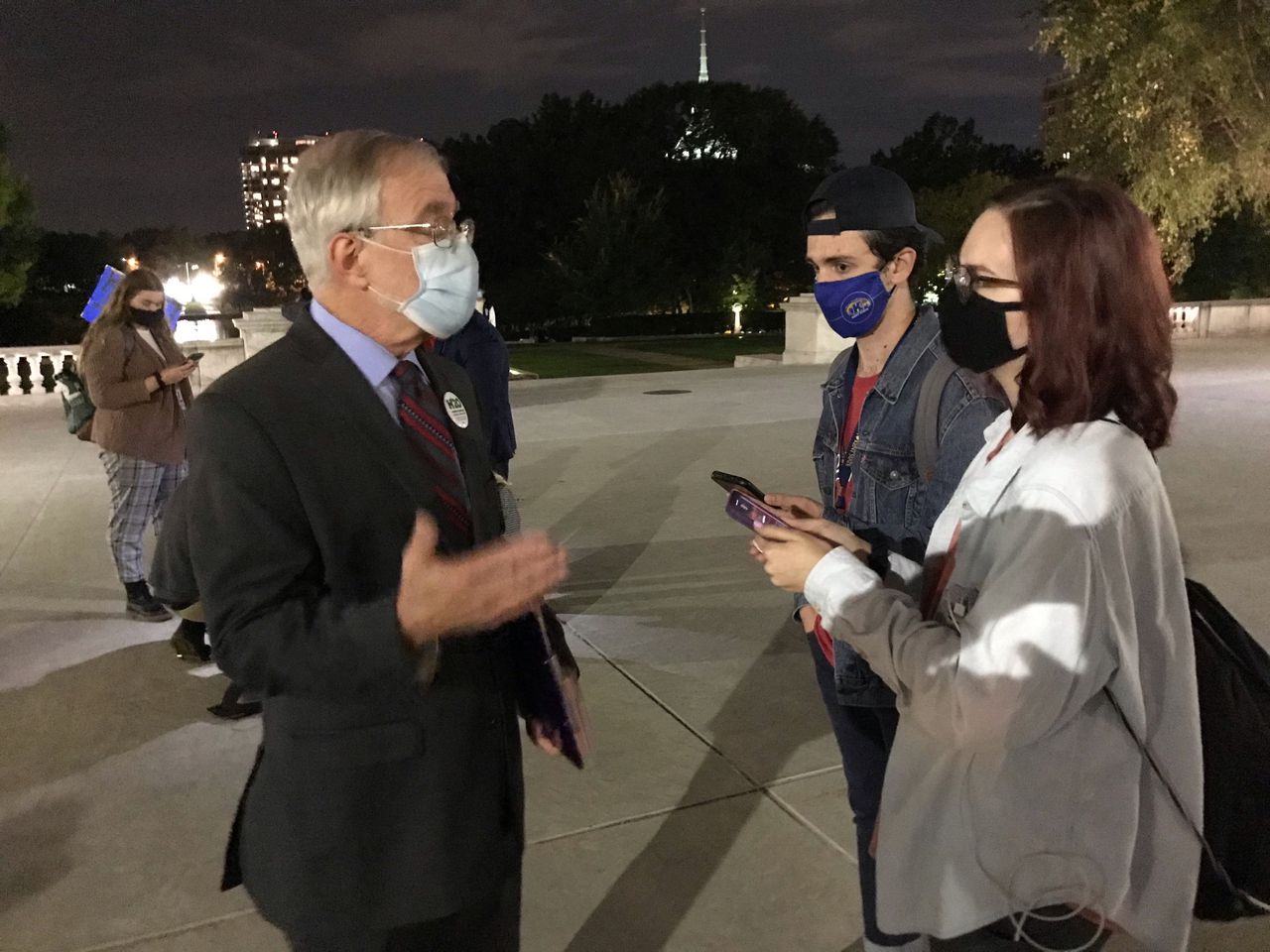 CLEVELAND, Ohio — Green Party presidential nominee Howie Hawkins was in Cleveland for Tuesday’s presidential debate – not to participate, but to criticize the event as a “fraud” and draw attention to his stances on police reform and other issues.

Speaking with cleveland.com outside the Cleveland Museum of Art, Hawkins noted that the Commission on Presidential Debates, which has organized major-party presidential debates since 1988, was organized by Republicans and Democrats.

“It’s set up to exclude the rest of us,” Hawkins said, noting he made the ballot in 30 states -- including Ohio, as an independent -- and Libertarian presidential nominee Jo Jorgensen is on the ballot in all 50 states.

“I think a four-way debate would be a lot more interesting for the American people,” he said, adding later, “We have constructive things that ought to be heard, and they’re not going to be heard in this debate.”..