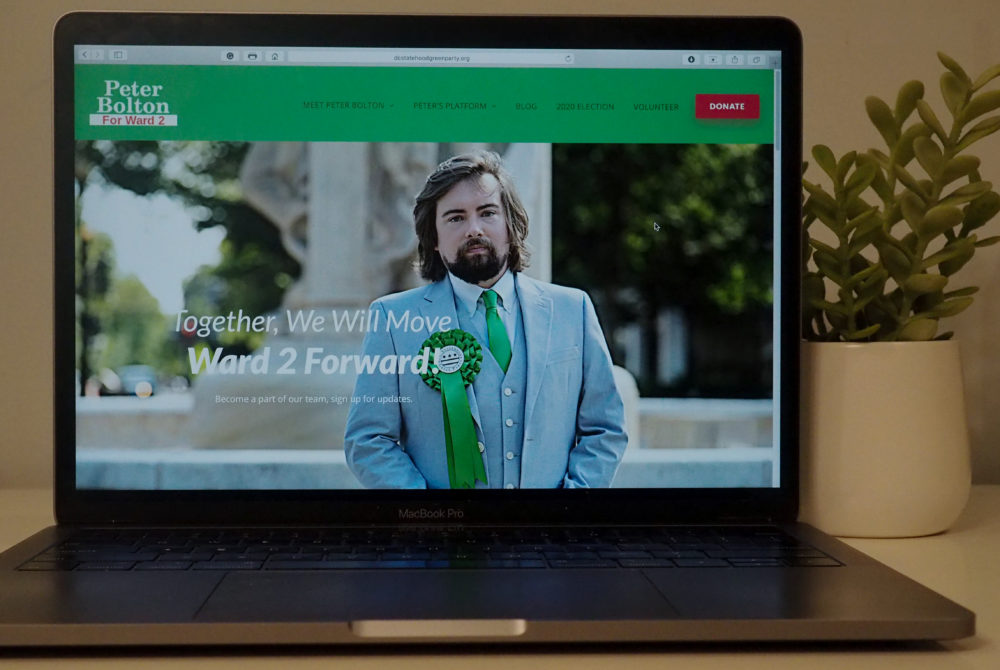 by Jarrod Wardwell, The GW Hatchet

The Green Party nominee for Ward 2 launched his campaign for D.C. Council Monday to offer a progressive alternative to the Democratic nominee and independent candidates.

Peter Bolton, a journalist and American dual citizen from the United Kingdom, said he stepped into the race to challenge Democratic nominee and short-term incumbent Brooke Pinto and independent candidates Randy Downs and Martin Miguel Fernandez, who both joined the race this summer. He said the District has become a “one-party state,” and the Democratic Party has moved too far right to offer a progressive candidate in Ward 2.

“Part of the reason I wanted to stand to run and contest this election is to give voters more of a choice and to try to break this dominance that the Democratic Party has had for so many years in this city,” Bolton said...