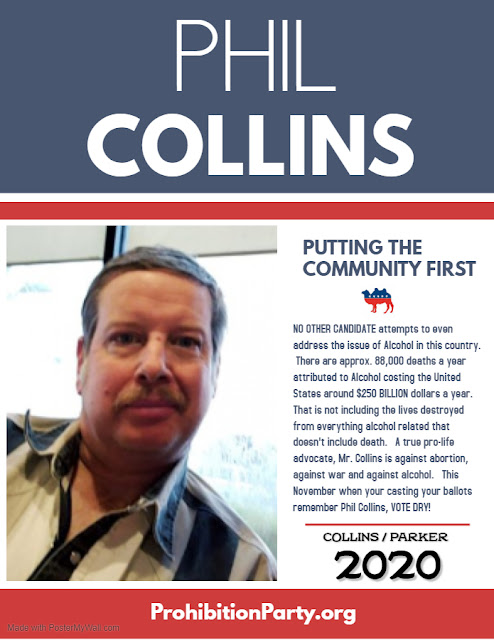 With 96% of the vote in, Prohibition Party Presidential nominee Phil Collins will win the American Independent Party Primary with 32% of the vote.  He will be the first prohibitionist on the ballot in California since E. Harold Munn in 1964, though Mr. Munn was under the Prohibition ticket where as Mr. Collins will under the AIP banner.

Below is the county by county breakdown of results

With this victory, Phil Collins may have ballot status in California under the American Independent Party banner though he, in theory, will still need to get the blessing of the AIP party faithful as a primary isn't law binding.  The AIP choose Donald Trump as their nominee in 2016.  Phil Collins along with his running mate Billy Joe Parker make up the 2020 ticket for the Prohibition Party. 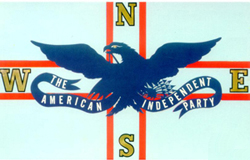 Congratulations to Mr. Collins. Interestingly, it looks like the Prohibition Party gets a boost out of this primary. I didn’t do too bad as the Life and Liberty Party candidate. Thanks CA voters!