Crypto influencer John McAfee is running for President of the United States while running from the United States, and his saga has continued to evolve as he crosses numerous international borders.
A previous Crypto.IQ article detailed the beginnings of this journey when McAfee fled the United States out of fear that the IRS would arrest him for not paying taxes in eight years. McAfee claimed to be off the coast of Newfoundland and then off the coast of Venezuela to obfuscate his trail, but ultimately McAfee ended up in the Bahamas in late January.
McAfee’s time in the Bahamas involved plenty of drinking and partying as well as diligent scientific research to bring new mixed drinks to the world. 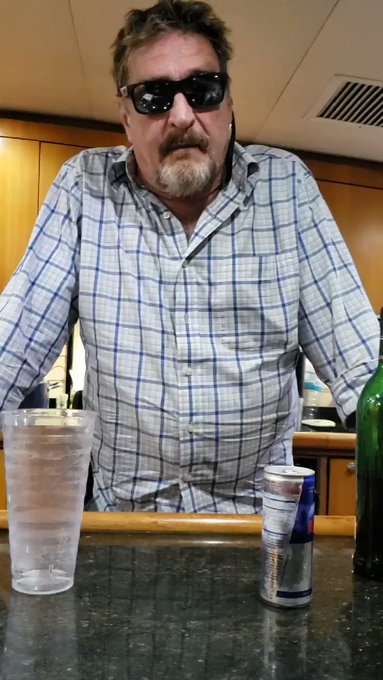 335 people are talking about this

Aside from the drinking, McAfee was also tackling some of the most important mysteries in the crypto space. In late April, McAfee claimed on Twitter to know the true identity of Bitcoin’s (BTC) creator Satoshi Nakamoto but was advised by his lawyer not to release the information, or McAfee would risk being extradited back to the United States...
To read more, click here.
at August 07, 2019