A failed US Senate candidate who believes that the LGBTQ community is waging a “cultural attack” on society is planning a “straight pride” rally in Northern California to promote “whiteness” and “Western civilization,” and is asking members of a far-right extremist group to show up in force.
Don Grundmann, founder and director of the National Straight Pride Coalition, recently submitted a special event permit application to hold the Stanislaus County Straight Pride Parade/Event — a thinly veiled white supremacist rally — at a park in Modesto next month.
Grundmann, a 67-year-old chiropractor based in San Jose, told BuzzFeed News that the event aims to celebrate masculinity, femininity, “the natural family of man, woman, and children,” babies, “Western civilization,” Christianity, and “whiteness.”
“A celebration of life is just a celebration of natural functions of heterosexuality which are under attack actually, culturally in our society,” Grundmann said. “All those things we are defending and celebrating and that makes up the core of our beliefs.”
The LGBTQ movement, he said, “is a massive multibillion-dollar social engineering movement to destroy the foundations of our culture,” resulting in a “24/7 psychological war against the appearance of conscience.”
On its website, the National Straight Pride Coalition claims the “inherent superiority” of whiteness, Christianity, Western civilization, and heterosexuality...
To read article in full, click here.
at July 26, 2019 1 comment: 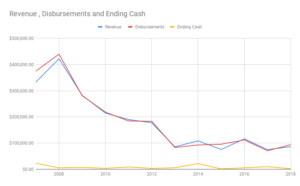 The Constitution Party, which has had some recent troubles stemming from several state party dis-affiliations, appears to also be in the midst of a long term financial decline.
A review of more than a decade of Federal Election Commission filings from the Constitution Party shows a party that has been suffering from a long decline in revenue...
To read more, click here.
at July 26, 2019 No comments:

Lincoln Chafee: 'The party of peace: Why I joined the Libertarian Party'

by Lincoln Chafee, via The Boston Globe

As an American, I have been saddened and embarrassed by recent failures of American presidents to exercise their global duties responsibly. We have entered into never-ending, illegitimate conflicts in the Middle East and North Africa; bypassed our Constitution and the Fourth Amendment by eavesdropping without warrants on people at home and around the world; shredded free-trade and other international agreements; sanctioned extrajudicial assassinations by drone strikes, which also kill innocent civilians; shredded the Geneva Convention protocols on treatment of prisoners; and worst of all, never apologized to the world for all the lies about the existence of weapons of mass destruction in Iraq.
In my time in public office, nothing was as searing as going to Walter Reed National Military Medical Center Bethesda to visit the brave young Americans who’d come home bearing the scars of war...
To read article in full, click here.
at July 26, 2019 1 comment:


Philadelphia elects seven city council-at-large members in November 2019. The law does not permit any party to run more than five candidates for that office, and voters can only vote for five candidates. Therefore, every election, two non-Democrats are able to win two seats. The last time this office was up, in November 2015, the two non-Democratic winners were two Republican nominees.
The Working Families Part has two candidates for city council-at-large in the November 2019 election, and will try to outpoll all the Republicans, and win the two seats reserved for non-Democrats. The two candidates are Kendra Brooks and Nicolas O’Rourke.
A few cities in Connecticut use the same election system, and in a few instances, Working Families Party nominees (who were not also Democratic nominees) were able to win seats in these Connecticut cities.
at July 26, 2019 No comments:

Maine Greens Will Attempt to Qualify a U.S. Senate Candidate in 2020


The Maine Green Party is ballot-qualified, and must nominate all its candidates in its own primary. It is so difficult for small qualified parties in Maine to get candidates on their own party’s primary ballot, the Green Party has never been able to get anyone on the ballot for either house of congress, in years when it was qualified. However, in 2020, David Gibson will try to run for U.S. Senate. See this story.
The Maine 2020 U.S. Senate election will use ranked choice voting. It will be the first ranked choice voting in a U.S. Senate race, anywhere in the nation. Although Maine had ranked choice voting for congressional elections in 2018, there was no U.S. Senate race up in 2018 in Maine.
at July 24, 2019 No comments:

On July 7, 2019, Rick Knox died at the age of 70. He had been national chairman of the Prohibition Party since 2015, and lived in Blairsville, Georgia. Under his chairmanship, the party gained qualified status in Mississippi in time to appear on the 2016 ballot, the first the party had received votes in Mississippi since 1896. Also under his chairmanship, the party established social media for itself. Knox had a background as a political consultant, and many years earlier had been active in the American Independent Party when it was a nationally-organized party. Thanks to Paul Frankel for this news.
at July 24, 2019 No comments:

John McAfee: I Could Bring Down the US Government

Adam Kokesh: ALL THE DOCUMENTS!

From Malcolm X to Libertarianism, Maj Toure Describes His Political Journey I Kibbe on Liberty

Adam Kokesh: Throw Off Such Government


Ross Perot, a billionaire business magnate who twice ran as a third-party candidate for president, has died after a battle with leukemia.
He was 89.
The self-made billionaire died at his home in Dallas on Tuesday "surrounded by his devoted family," a statement from the family said.
"In business and in life, Ross was a man of integrity and action," the statement said. "A true American patriot and a man of rare vision, principle and deep compassion, he touched the lives of countless people through his unwavering support of the military and veterans and through his charitable endeavors."
"Ross Perot will be deeply missed by all who loved him. He lived a long and honorable life," it said.
Perot was a problem-solver, an obituary posted on his website said. His philosophy was: “If not me, who? And if not now, when?”
That philosophy led him to two presidential campaigns, in 1992 and 1996, as a third-party candidate.
In the 1992 run against George H. W. Bush and Bill Clinton, he won 19.7 million votes, almost 20 percent of the popular vote. It was among the best showings by an independent presidential candidate in the 20th century...
To read more, click here.
at July 09, 2019 8 comments:


The Working Families will endorse one Democrat for president later this year, but in the meantime it has announced that the endorsement will go to one of these six candidates: Bernie Sanders, Elizabeth Warren, Cory Booker, Julian Castro, Bill de Blasio, or Kamala Harris. See this press release, which only relates to West Virginia.
See this story, which says that the story is true for the entire Working Families Party, not just the West Virginia WFP.
at July 06, 2019 1 comment:


On July 5, a state trial court in Arizona ruled that the Green Party is ballot-qualified within the city of Tucson for the 2019 election. Arizona law says that a party that wins qualified status keeps that status for two elections. Yet Tucson election officials had said they did not think the Green Party was ballot-qualified for 2019, even though the party had earned status in the 2017 city election.
The judge wrote, “The City of Tucson and its clerk abused their discretion and acted arbitrarily and capriciously by not including the Green Party as a political party qualified for the August 27, 2019 primary election ballot.”
at July 06, 2019 No comments:

SD Lawsuit Against CP & Others Dismissed

The ruling can be viewed below. 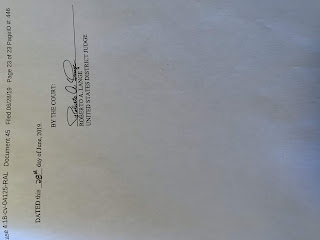 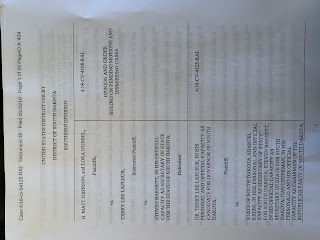 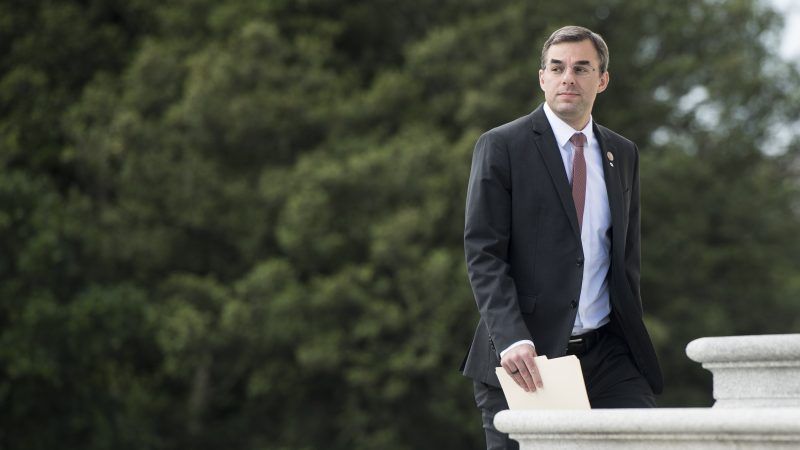 
One month after Donald Trump took his oath of office, Rep. Justin Amash (R–Mich.) pinned at the top of his very active Twitter feed George Washington's famous farewell address warning against "the baneful effects of the spirit of party generally."
This morning, not seven weeks after breaking ranks with this party in calling for impeachment proceedings against the president, Amash announced in a Washington Post op-ed that he's leaving the GOP and declaring himself an independent.
"Today, I am declaring my independence and leaving the Republican Party," the five-term congressman wrote. "No matter your circumstance, I'm asking you to join me in rejecting the partisan loyalties and rhetoric that divide and dehumanize us….The two-party system has evolved into an existential threat to American principles and institutions."
Amash, 39, had become increasingly isolated within the congressional GOP long beforespelling out in a Twitter thread his conclusion that Trump "has engaged in impeachable conduct." He crossed swords with the administration on the travel ban, Obamacare repeal/replace, the firing of then–FBI director James Comey, various spending increases, tariffs, the president's relationship with Russian President Vladimir Putin, birthright citizenship, Saudi Arabia, eminent domain, and the emergency declaration along the border, for starters...
To read article in full, click here.
at July 04, 2019 8 comments: