Petitioning for the Libertarian Party in Cabot, AR, 4/27/19 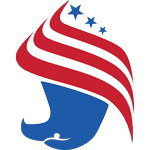 We know that Charlotte, North Carolina was selected as the CP National Presidential Nominating Convention site for 2020. Date to be determined.


Resolutions were passed regarding, The Border Crises and in Opposition To A National Popular Vote and Red Flag Laws.

Were the state delegations properly vetted?
The Credentials Committee met on Friday, 5/3/19. Apparently, there were 12 states represented on it. We do not know which states were represented. We have not seen any official minutes or summaries. We know that with a unanimous vote, it was recommended that neither of the competing CP South Dakota Delegations be seated. Neither were seated, as the NCM voted to accept the Credentials Committee report with only one vote in dissension. Since then, the CPSD has disaffiliated.


How many legitimate National Committee Members and state CP affiliates are there? Unknown! No official reports.There were said to be about 51 NCMs from about 12 state affiliates. Why is this information being kept secret? What is the fear?


What constitutes a legitimate quorum?
Again, this remains unknown, as no official reports have yet been received. For a party advocating transparency in government, this is strange...and rather inexcusable.


Will the proxy vote system endure?
A much abused process, which has emboldened the few, at the expense of the many. It appears it will continue, as it continues to benefit the status quo to continue to hold in person NCM meetings, without any teleconference options.


Will warnings by responsible leaders within the CP be heeded?
It no longer appears likely, as the attack dogs have been unleashed. They appear more motivated to cover up, than to take corrective action.


Will wayward leaders be held accountable?
Again, South Dakota was not credentialed. Hawaii has lost ballot status, nearly as soon as it was won. Of the 13 Western Area States, less than half have any kind of viable CP at all.  The other Areas are the same or worse.There is chaos throughout the National CP, or what's left of it, due to the irresponsible actions of a few officers. The CP national leadership appears incapable of recognizing, addressing or correcting its internal problems. The controversy within the CP Executive Committee continues as to roles, responsibility and accountability. Sadly, it appears unlikely that any real accountability is forthcoming. Rather the insider loyalists would rather circle the wagons and label any would be reformers as insurrectionists and unChristian. With such friends...


Will true reform come from within the Constitution Party?
Processes and roles were being re-examined. There was an active discussion, and several initiatives underway. However, instead of open dialogue, threats are being used in a foolish attempt to try to silence the truth. This has already backfired, see South Dakota.

Can the CP Executive & National Committees effectively govern themselves with integrity?
Unlikely in view of the events since 2016, and especially over the last year with the repeated usurpations by the National Chairman. The National CP will never be reformed or grow as long as the majority of the credentialed National Committee Members see no need, and consider new members and leaders insurrectionists!

Did any CP POTUS hopefuls emerge?
NO, NONE, NOT ONE! Unusual that none have. But then again, they only have ballot access in 12 states, and the typical pattern is to wait until the last minute to bless the anointed at the sham presidential nominating convention.

The CP leadership continues to arrogantly accelerate their downward spiral of decline. There is a refusal to accept or provide for a generational changing of the guard. There is an inability of the leadership to accept their responsibilities, act within their legitimate authority, and work together for the good of the whole. They have failed the National CP and need to resign.

Evening Banquet Room will be open at 6:15 pm
Buffet will begin at 6:30 pm
Evening Speaker Tom DeWeese - How to Build the Party for Americans

On April 22, the Bridgeport, Connecticut School Board filled a vacancy by appointing LaMar Kennedy. He is a registered Libertarian. See this story. The School Board elections in Connecticut are partisan elections.
at April 23, 2019 No comments:

On March 29, Montana HB 647 was defeated in the House by 43-57. It would have increased the number of signatures for a newly-qualifying party from 5,000 signatures, to 5% of the winning gubernatorial candidate’s vote in the last election. For 2020 that would have been 12,797 signatures.
Every Democrat voted for the bill, and every Republican except one, Geraldine Custer, voted against it. The Libertarian Party is on the ballot in Montana, but no other third parties are on. The Green Party tried to get on in 2018. It had enough valid signatures statewide, but after the Secretary of State put it on the ballot, the Democratic Party filed a challenge, and the State Supreme Court ruled that the party had failed to meet the distribution requirement. The Green Party has a federal lawsuit pending against the existing law. The basis for the lawsuit is the March petition deadline and the unequal distribution requirement.
If the bill had passed, the distribution requirement would have been made even more severe.
at April 23, 2019 1 comment:


Earlier this year, the Kentucky legislature changed the deadline for the nominees of qualified convention parties to file a declaration of candidacy, from April 1, to mid-January of an election year. Kentucky elects its statewide state offices in November 2019, as well as some partisan county offices. The bill, HB 114, took effect immediately.
On April 11, the Kentucky Libertarian Party filed a federal lawsuit against the new law, Sweeney v Crigler, e.d., 2:19cv-46. The complaint challenges the need for the nominees of a qualified convention party to file such declarations of candidacy so early in the year. Aside from that, the complaint also argues that it violates due process for the bill to have taken effect immediately. The party’s nominating convention this year was in early March, so the nominees had no chance to file their declarations by mid-January. The party is running for Governor, Lieutenant Governor, Auditor, Agriculture Commissioner, and some county offices.
The party is on the ballot but if it doesn’t win this lawsuit, it won’t be able to have any nominees on this year’s ballot. The case is assigned to U.S. District Court Judge William O. Bertelsman, a Carter appointee.
Constitutional ballot access cases filed by minor parties, and independent candidates, are now pending in Alabama, Arizona, Arkansas, California, Georgia, Illinois, Kentucky, Maryland, Michigan, Montana, New York, North Carolina, Utah, and Washington.
at April 11, 2019 No comments:

The Detroit News has this lengthy story about Congressman Justin Amash and the Libertarian Party. Thanks to Thomas Jones for the link.
at April 11, 2019 No comments:

Justin Amash, on Running for President: 'It's More on My Radar Every Day'

by Matt Welch, Reason.com
Last night Rep. Justin Amash (R–Mich.), that libertarian Capitol Hill fan favorite, cryptically tweeted out this passage from The Two Towers, the middle volume of J.R.R. Tolkein's The Lord of the Rings:

Justin Amash ✔@justinamash
“The counsel of Gandalf was not founded on foreknowledge of safety, for himself or for others,” said Aragorn. “There are some things that it is better to begin than to refuse, even though the end may be dark.”
1,914
7:00 PM - Mar 26, 2019
Twitter Ads info and privacy

379 people are talking about this

To be clear, this passage is about Aragorn, the heir of kingly men; plus Legolas the elf and Gimli the dwarf processing grief at the discovery of a massacre of Orcs that they suspect (wrongly, it turns out) includes the now-burned bodies of their captive hobbit pals Merry and Pippin. Gimli had previously lamented that the wise elf Elrond hadn't wanted the two hobbits to join in their Fellowship of the Ring; Legolas rejoindered that the wizard and Fellowship leader Gandalf had, to which Gimli not unreasonably pointed out that the wizard's foresight in these matters was not spotless, given the recent unpleasantness with the Balrog.
So in one sense Aragorn's aphorism is just a little c'mon lads pep talk to keep his comrades' spirits and searching activities up despite the short-term darkness and despair. But the deeper meaning that makes this one of Tolkein's most quotable quotations is that even knowingly hopeless and perilous quests are worth the fighting for.
And so, the hashtags sang, #ItBegins (or shall we say…#ItBaggins?). Is this, at long last, the appropriately nerdy pre-announcement that #Amash2020 is about to leap off the GOP train and compete against President Donald Trump under the Libertarian Party (L.P.) banner?..
To read article in full, click here.


On March 30, Louisiana held three legislative special runoff elections. In the 62nd district, independent Roy Daryl Adams was elected, defeating his Republican opponent. Here are the unofficial election returns.
In the February initial election, the vote had been: Adams 1,556; the Republican candidate 2,300; and three Democrats got a combined total of 1,204 votes.
at April 02, 2019 No comments:

The news media has failed to tell the public that HR 1, the Democratic Party-sponsored election bill that has already passed the US House, makes it far more difficult for presidential candidates to qualify for primary season public funding. The Green Party will hold a Lobby Day on April 3 in Washington, DC, to publicize the problem. There will be speakers on the steps of the U.S. Supreme Court at 3 pm, and a public meeting at Busboys and Poets, 450 K St., NW, in the evening.

The speakers include Craig Holman of Public Citizen, Justin Jacoby Smith of the Institute for Policy Studies, and Howie Hawkins, who may seek the Green Party presidential nomination in 2020.
at April 02, 2019 No comments:

Recently, Bill Bayes withdrew as the Prohibition Party nominee for president in 2020. He had been nominated on November 13, 2018 in a conference call of party activists. A new such telephone conference will be held soon to replace him. Bayes lives in Mississippi and had been the party’s vice-presidential nominee in 2016. Thanks to Rick Knox for this news.
at April 02, 2019 No comments: