In September 1999, the national convention of the U.S. Taxpayers Party changed its name to the Constitution Party. Every state affiliate then asked its state election officials to recognize its new name, except that the Nevada and California affiliates preferred to keep their old name.
All states then let the party change its name, except for Michigan, where the Secretary of State refused. On March 23, the Michigan affiliate again asked the Secretary of State to update its name to the Constitution Party.
Other states that have let qualified parties change their name (even though they have no law on that subject) include Alabama in 1979, Alaska in 1972, Hawaii in 1978, Idaho in 2000, Kansas in 1972, Massachusetts in 1991, Missouri in 2000, New Mexico in 1979, Oregon in 1996, Pennsylvania in 1993, South Carolina in 2000.
A few states have laws on this subject, permitting name changes: Minnesota, New Mexico, New York, and Wisconsin (New Mexico didn’t have such a law when it permitted a name change in 1979).
at March 27, 2019 1 comment:


Don Blankenship will speak at the national committee meeting of the Constitution Party, set for May 4 in Milwaukee. Blankenship was formerly CEO of Massey Energy, and he was the Constitution Party’s nominee for U.S. Senate in West Virginia in 2018.
He was sentenced to prison for one year in April 2016, for breaking federal mine safety rules, although that was a misdemeanor conviction, not a felony conviction. He is currently suing several news agencies for falsely reporting that he had been convicted of a felony. He also continues to challenge the correctness of his conviction.
Often, when prominent people speak at minor party national meetings, that is a sign they are thinking of seeking the presidential nomination of such parties.
at March 24, 2019 2 comments:

John McAfee On Running From The IRS & His $1M Bitcoin Bet! 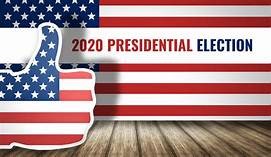 Now that we're approaching mid-May 2019, one continues to wonder who the contenders for the Constitution Party presidential nomination might be?  The CP is one of only eight FEC recognized national political parties.  They are the Constitution, Democratic, Green, Libertarian, Natural Law, Republican, Reform and Socialist Parties.  According to Richard Winger of Ballot Access News, there is no FEC mechanism for 'un'-recognizing these 8 parties, once recognized.  According to Ballotpedia, as of May 6, 2019, there are 718 FEC registered POTUS candidates.  They include; 245 Democrats, 14 Greens, 26 Libertarians, 89 Republicans, and 344 Others seeking their respective parties nominations for president.  The Constitution Party still has, counting, counting, counting:
-ZERO-.


2020 Presidential Candidates Registered With The FEC 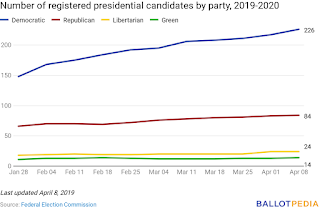 Some say we shouldn't even run a POTUS candidate in 2020.  Either they support President Trump and don't want to compete, and/or they think our resources are better spent locally.  Many say we should only focus on state and local campaigns.

Thankfully, most say that we need to run a POTUS candidate.  We must do so because of ballot access/maintenance requirements in many states.  We should do so because it provides a unique public platform and potential widespread media exposure to our nominee, party and cause. 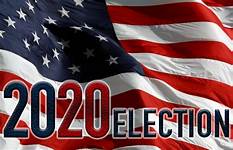 Is 2020 shaping up to be a repeat of 2016?  In that election, most CP candidates waited to get into the race.  The eventual nominee, Darrell Castle, only entered the running at the actual nominating convention.  He was chosen, along with his running mate, Scott Bradley on April 16, 2016.  Six days after the convention, they formerly filed with the FEC.  Many felt this delay in an announced campaign until after the nomination hindered our opportunity to gain more traction with the electorate.

While there have been some tentative inquiries and rumblings, no one has yet to step forth as an announced CP POTUS candidate.  There are several rumors, hopes, and fears within the CP as to possible contenders.  Yet, not one has stepped forth.

The National CP  https://www.constitutionparty.com/  is dedicated to ballot qualification in as many states as possible prior to the 2020 elections.  It clearly understands the worth of having ballot lines in enough states to theoretically elect a President, which is 270 Electoral Votes.  They realize that the credibility of the CP depends in large part upon obtaining this minimal threshold, which they continue working towards.

The independent Idaho CP, http://www.cpidaho.org, is eagerly seeking candidates for its 2020 POTUS ballot line.  Idaho represents 4 Electoral Votes.  They have also opened up their primary to an additional nearly quarter of a million independent voters in Idaho.  They plan on hosting candidate debates and other public venues for candidates.  Yet, so far, they have heard from ZERO serious candidates.

Now, unofficial word comes from a source with the unaffiliated ballot qualified Oregon Constitution Party, https://constitutionpartyoregon.net/.  Oregon represents 7 Electoral Votes.  They are largely supporting President Trump.  They haven't made a selection yet.  They may not run a POTUS candidate.  They would consider the National CP nominee, but such a candidate would first have to gain support of a majority of the Oregon CP Steering Committee.  So, there's two potential CP ballot lines outside of the National CP nominating process for a motivated candidate to seek with a little effort.

Then there's the American Independent Party in California, http://www.aipca.org/, (California represents 55 Electoral Votes), and the Alaskan Independence Party, http://www.akip.org, (Alaska represents 3 Electoral Votes).  They have both run CP POTUS candidates before.  They both continue to maintain ballot access.  Perhaps a dynamic candidate could also secure those two ballot lines in 2020?

Altogether, Idaho, Oregon, California and Alaska represent 69 Electoral Votes!  That's a good way towards 270.  Currently the National CP can claim about 13 states with about 124 Electoral Votes. Combined, it looks like about 193 potential Electoral Votes, leaving a gap of at least 77 to obtain prior to the 2020 election.

Some say Alaskan Joe Miller should get into the race, http://joemiller.us/.  The former Federal Judge, AK GOP Senate Nominee, and AK Libertarian Senate Nominee, was well received last year at the CP National Committee meeting in Denver, where he gave the Keynote Speech.  He has maintained a low profile since then, though he hasn't ruled out the possibility of running.  Joe is known to have a large dedicated following.  So far, nothing from Joe...

There was a nascent draft a candidate movement. draft-jennifer-young-to-run-for-president-in-2020.  She never received more than three yes votes on her site in the past several weeks.  It doesn't look like Jennifer is going to be drafted to run.

So, the unannounced frontrunner is West Virginia, American Competitionist, Don Blankenship, https://www.donblankenship.com/.  He was well received as a speaker at the CP National Committee meeting in Dallas last year.  Don will also be speaking at the CP NCM in Milwaukee the first week of May.  I believe Don has the passion to run.  He certainly has a firsthand personal understanding of what a corrupt system can do to a person.   Don would be a breath of fresh air to the CP, and the nation.  Don is known to have the resources to fund a serious POTUS campaign.

As to likely CP VP nominees, no one yet.  Hopefully that will change soon.  However, in the past, the VPOTUS has been chosen by the POTUS nominee at the Convention itself.

Time will tell.  And I, for one, hope it is sooner, rather than later.  The clock is ticking... 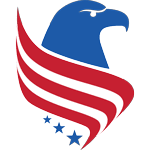 
UPDATE: Friday 1 March 2019 – The Bill passed the Utah House 48 to 21 and has gone on to the state Senate. Individual votes can be found HERE.
HB 259 is a bill proposed by Utah State Representative Patrice Arent (D) and Utah State Senator Curtis Brammer (R) to “remove provisions from the Election Code that allow an individual to cast a vote for all candidates from one political party without voting for the candidates individually.”
The complete text of the bill can be found HERE.
During a hearing before the House Government Operations Committee on 20 February 2019 the following two of the seven chairs of qualified political parties in Utah testified in favor of the Bill – Dr. Richard Davis, Chair of the United Utah Party; and Dr. Joseph Buchman, Chair of the Utah Libertarian Party...
To read more, click here.
at March 06, 2019 1 comment:


Rhode Island held a special election on March 5, to fill the vacancy in the 68th Representative district. There were four candidates on the ballot, a Democrat, a Libertarian, and two independents. The Libertarian, William Hunt Jr., placed second with 28.4%. The Democratic nominee won the seat with 39.8%. The State Board of Elections still doesn’t have these election returns on its web page, but this story has the votes, if one reads all the way down and looks at the picture of the vote totals on the blackboard. Also see this Ballotpedia page.
When this same seat was up in November 2018, Hunt had polled 35.6%, but that was a two-person race. Thanks to Bob Johnston for this news.
at March 06, 2019 No comments:


On March 5, the California Libertarian Party state committee resolved to oppose California SB 27. It requires candidates in presidential primaries to reveal the last five years of their income tax forms, if they were required to file such forms. The California Libertarian Party is directly affected by this law, because the state has been providing a presidential primary for the party starting in 1980.
SB 27 has a hearing in the Senate Elections Committee on March 19. If it is signed into law, it takes effect immediately. A similar bill was vetoed by Governor Jerry Brown a few years ago, but Brown is no longer Governor.
at March 06, 2019 No comments:


Mississippi elects all its state officers in November 2019. Here is the list of candidates. The filing deadline is the same for everyone, except for president, but of course the 2019 election has nothing to do with presidential elections. The filing deadline this year was March 1, 2019.
There are no Reform Party nominees. This is surely because the leader of the Mississippi Reform Party, Shawn O’Hara, died last year, and he was the party’s candidate recruiter.
The Constitution Party is running Bob Hickingbottom for Governor. The Libertarian Party has two legislative candidates. No other third parties have any candidates. There are many independent candidates for the legislature, and one independent is running for Governor.
at March 06, 2019 No comments: