Out In SA: Gay Libertarian Candidate for Texas Lt. Governor Wants to Legalize Pot and Prostitution 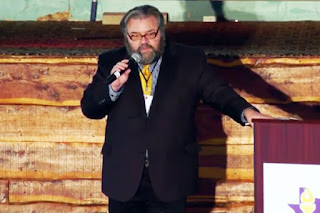 The following was originally published in OUTINSA


A gay Libertarian candidate for Lt. Governor of Texas says he supports the legalization of cannabis, prostitution and gambling as part of a campaign platform “to make sure liberty is protected in the state of Texas.”
Kerry Douglas McKennon is a sixth generation Texan who was born, and still lives, in Petersburg, a West Texas town in Hale County with a population of 1200 residents. McKennon graduated from Texas Tech University and is a veteran of the Naval Reserves. He and his husband, Walter have been married for 10 years.

This is not McKennon’s first run for office under the Libertarian banner. In 2013, he ran for Texas House District 88 and in 2014, sought the Texas Senate District 28. During the 2016 national election, he made an unsuccessful bid for his party’s vice presidential nomination...