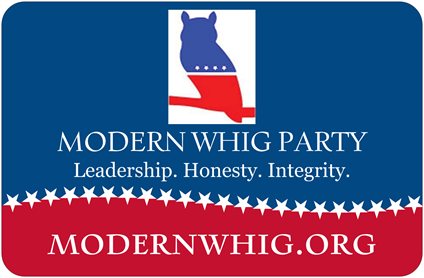 Dan Smith is the director of advancement for the Modern Whig Party. He joins Detroit Today with Stephen Henderson to talk about the party, it’s ideas, it’s goals, and about the third party movement in America in the Trump era.

“All of our founding fathers were Whigs,” says Smith. “The Republicans ascended when the Whigs died. I’m hoping that a similar thing happens now the other way around — the Whigs ascend as I see the GOP as being dead and gone.”

“The Republicans no longer believe in free trade. They really no longer believe in fiscal conservatism as they (participate in) ballooning deficits,” he continues. “Our country is more polarized as ever. And we really need something in the center that, as the other parties cater to the extremes and ever-smaller populations, we need something in the center that brings people together instead of divides them.”  Read more and listen to the entire interview HERE
at July 24, 2018