Is There About To Be A Libertarian Party Exodus To The Constitution Party? 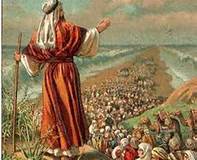 Many people wonder, "What's the difference between the Libertarian and Constitution Parties?"  There are increasingly powerful ideological tremors underway within the Libertarian Party which are highlighting those differences.  The shock waves are breaking through the surface, exposing old fault lines.  Some say they may signal a complete rupture, fragmentation and Exodus from the LP.  Some in the LP say this is a good thing.  Some say it is a time of political reckoning and realignment.

Ascendant hardcore anarcho-leftists within the LP have decided that anyone with ties to the Alt Right are persona non grata.  This includes those who believe in Borders, Life and God, not necessarily in that order.  They are saying they need to distance themselves from the conservative right altogether.

This is a moment of truth, as the LP has always been a far left ideological party at its core.  At its heart is a foundation of secular humanism in the image of Ayn Rand.  That is what fundamentally differentiates it from the Constitution Party, which does not promote a particular faith, but does acknowledge God as the giver and preserver of our unalienable rights.

This radical leftist ideological putsch is vicious, and is being carried out over the blogosphere, in LP state conventions, in LP national meetings and via LP campaigns.

There is an attempt to disaffiliate the entire Florida LP over this ideological rift, and anyone else who doesn't tow the LP PC line.

Many in the LP are currently distancing themselves from historically highly regarded Constitutional Conservative icons like Ron Paul.

The vitriol among many in the LP towards those who don't tow their leftist party line is palpable.  They vilify the Alt Right, and call it, "cancerous."  They expose themselves as frightened and close-minded in this regard.  They truly do emulate the worst of the radical left in their desire to expel and silence viewpoints at variance with their own.  They engage in censorship, name calling and bullying to get their way.  This is familiar behavior to me, and among the many reasons I left the LP over 20 years ago.

I am happy to extend a warm welcome to all those who believe in our three CP pillars of Integrity, Liberty & Prosperity!  I can envision a future America involving a polarizing discourse between those who advocate for unrestrained Liberty based on humanist ideals, versus those of Faith, who acknowledge that our Rights and Freedom come from a living Creator.  One who is always at work in our lives, our nation and our world.  If you truly believe in Life, Liberty and the Pursuit of Happiness the Constitution Party is your natural political home.  I want to be the first to welcome you!  Get more information at:  constitutionparty.com
at March 10, 2018

Just a heads up, the LP has had many breakaway factions in the past, including the Boston Tea Party, which was formed after the LP selected Bob Barr as its 2008 presidential candidate and adopted a less dogmatic platform. However the BTP never went anywhere and ended up dissolving in 2012 and several of their leaders are back in the LP again.
https://en.wikipedia.org/wiki/Boston_Tea_Party_(political_party)

The CP also has its own breakaway faction too-
https://en.wikipedia.org/wiki/Christian_Liberty_Party

I checked out the website of the Christian Liberty Party. It Looks old and un-maintained. They have no state affiliates except possibly Washington. There are always those that go back and forth, or party to party. This time, it seems as though the LP leftists are serious in their desire to purge themselves of those they consider alt right. Time will tell.

Haven't heard a call for a purge except for voting out the officers of the Florida LP due to their support of Augustus Invictus -before he left the LP -and such alt right "libertarians" are not the kind of people you want to defend, since many of them have been involved with actual white nationalist groups and some of them do have criminal records.

It’s been all over IPR. Especially Paulie and his ilk.

This is a long standing issue which seems to erupt every so often. I just wish people would thoroughly self-examine themselves to see which party is truly the right fit. It is a waste of time and effort to discover that one has been laboring in the wrong camp.

Yes, it does look like the CLP is going the way of the BTP, only the CLP's leaders are too self-righteous to admit it.

You should look into the LPMC, the Libertarian Party Mises Caucus. They're/we're trying to reconcile these differences and create alliances with other third parties like the Constitution Party under the "Big Tent" premise. We make alliances with anarchists, Minarchists, Constitutionalists, and truly conservative republicans who've lost faith in the integrity of the Republican Party. We would even make connections with the so called libertarian socialists, and pragmatist caucus if they would hear from us at all (we've also been dubbed to close to the alt-right to exist in the sphere of the LP, as ridiculous as that implication is). Our caucus is the largest and fastest growing segment of the Libertarian Party now, and it was only started less than a year ago. I think you can look forward to some very positive things coming from the LP in the coming years.