Behind the Conservative Plot to Take Over the LP Texas

From the Libertarian Vindicator by Luke Henderson:

The Libertarian Party of Texas has been the topic of much drama this past week as screenshots were released showing a plot by conservatives to takeover the party and change it’s platform at the LP Texas’ convention to be pro-life, pro-border control and pro-Texas secession.

“A group called the Freedom Texas Political Party, who apparently created themselves around four months ago around November, who has stated a purpose of taking over the party through getting people in delegate spots, changing out leadership, changing our platform to fall in line with their goals and changing out our county leaderships to the people they preferred has been revealed,” stated Libertarian Party of Texas Chair John Wilford. 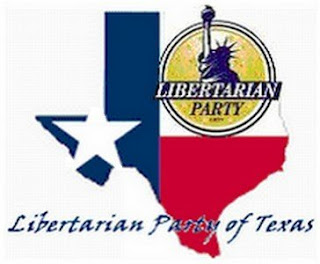 Read the rest of the article at:

And so the LP internal struggle continues to spread throughout the nation...

Doubt such a group will be successful. Many outside groups have tried to take over the LP over the years; only problem is that the LP (including the majority of state parties) has the right set of checks & balances in their bylaws to prevent such and their dedicated officers/activists are quite used to dealing with entryism. Plus Texas is one of the most organized LP state affiliates out there; it would take an army of nearly a thousand dedicated & sociopathic personalities working together in secret to seize control of it.